The message structure of Mule 4 is completely changed now. Mule 4 has simplified Mule Event and Mule Message to make it easier to work with properties and variables. There are no inbound or outbound properties in Mule 4. MuleSoft introduced the attributes. Also, Mule 4 came up with the variable concepts; it can simultaneously deal with all types of variables instead of dealing with the different types of variables like session, flow, and record variables individually in Mule 3.

In Mule 3, the flow starts processing a message when the request is received by Mule, then Mule Client retrieves an external event, which is triggered by some external systems like the message received on a queue or when a file is copied to a directory. It is then converted into a Mule message or flow and starts processing it when it receives an inbound endpoint in a flow.

In Mule 4, flows triggered by an event are generated when a trigger reaches the event source of the flow.

In Mule 4, each component interacts with Mule Event, then the Mule event travels sequentially through the flow components.

Mule Message: Mule Message is data that is processed throughout an application via one or more flows.

Variables: Variables are used to store per-event values for use within a flow of a Mule app.

We have three types of variables:

1. Flow Variables: To store data within the flow.

2. Session Variables: To store data throughout the application. 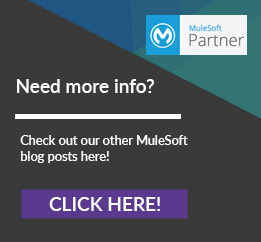 In Mule 4, Event and Messages are simplified to easily learn and develop the applications.

Variables hold arbitrary user information such as operation results, auxiliary values, and so on.

The stored data can be any supported data type like strings, objects, and numbers.

Variables can be accessed using the keyword “vars”.

1. You can create variables using the Set Variable component.

2. Using the target variable from within an operation to the connector.

Session variables are removed as transport barriers no longer exist in Mule 4. One of the major advantages of the Mule 4 Message structure is dealing with multiple payloads. In Mule 3, components that returned multiple payloads used a special structure called the Mule Message Collection. In Mule 4, any component that needs to deal with multiple messages can simply set the payload of the message to a List of Mule Messages. You can then iterate over these messages using DataWeave or each or other components.

If you are interested in more information about how MuleSoft works, MuleSoft best practices, or proper MuleSoft implementation don’t hesitate to contact XTIVIA as we are one of MuleSoft’s integration partners.